Drama
18A Play trailer
Back To What's On
Select a Cinema
1:15 pm 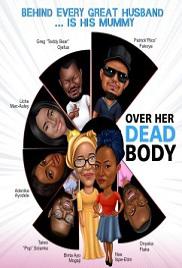