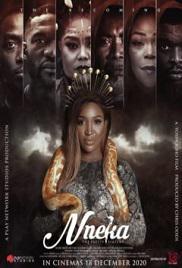 In the midst of the war between land and sea, it is revealed to Queen mother that another will become her successor. In her quest to keep ruling, Queen mother decides to kill the chosen one. Blinded by power and hate Queen mother is defeated, stripped of her powers and casted into the sea. Nneka who is meant to be the next Queen witnesses the death of her parents by unknown assailants Nneka harnesses a deep need for vengeance as she grows up until she encounters Queen mother on a faithful day. Queen mother leads Nneka to believe that the people of the land (the six) are responsible for the death of her parents, without any thought, Nneka jumps on the train of revenge. On the journey to revenge, Nneka discovers wealth, power and love. Would Nneka discover the truth about Queen mother's deceit or will she continue her journey to revenge.